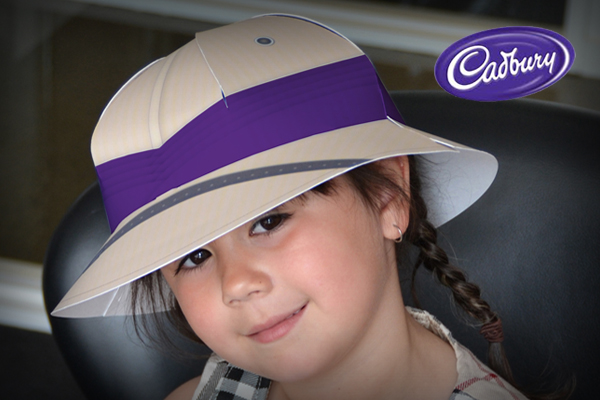 We handled design of the helmets and production of 226,000 Cadbury branded Pith Helmets, working closely with the agency which handled the “Eggsplorer” campaign as a whole.