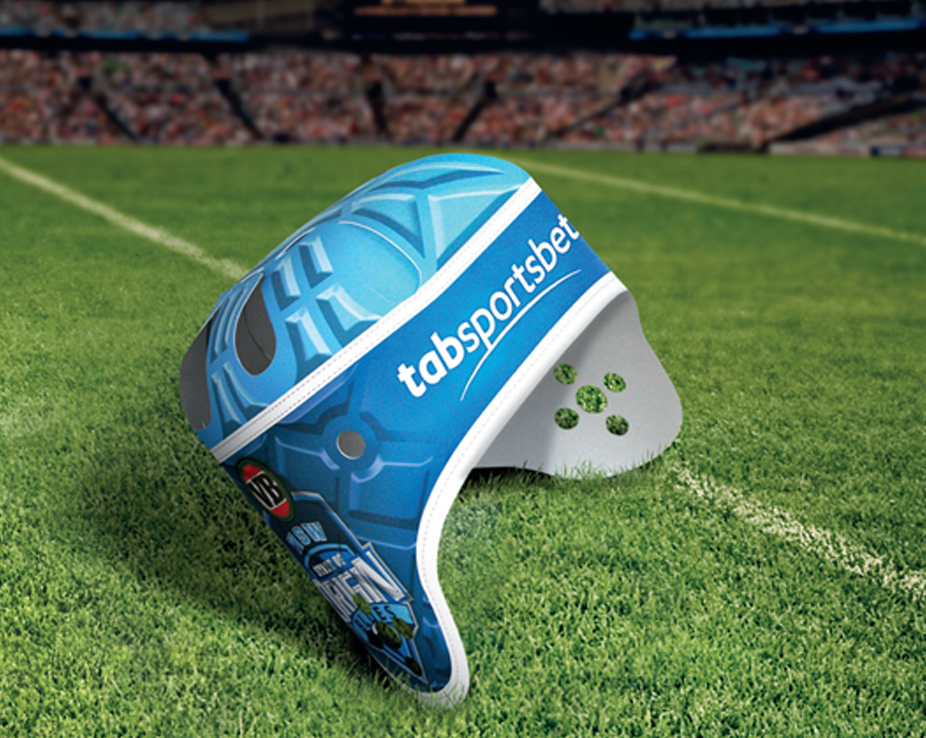 Tabsportsbet used our Footy Lid™ to leverage their sponsorship of the NSW Blues during the 2012 Australian State of Origin. The Footy Lid™ was the centerpiece of a print and media advertising campaign which drove consumers into Tabsportsbet outlets pre-game to place bets. Free NSW Blues branded Footy Lids were given out to customers when they placed a State of Origin bet. Additional Footy Lids were also handed out in Stadium.

We handled design of the helmets and production of 40,000 units working closely with Tabsportsbets marketing team and NRL governing body.